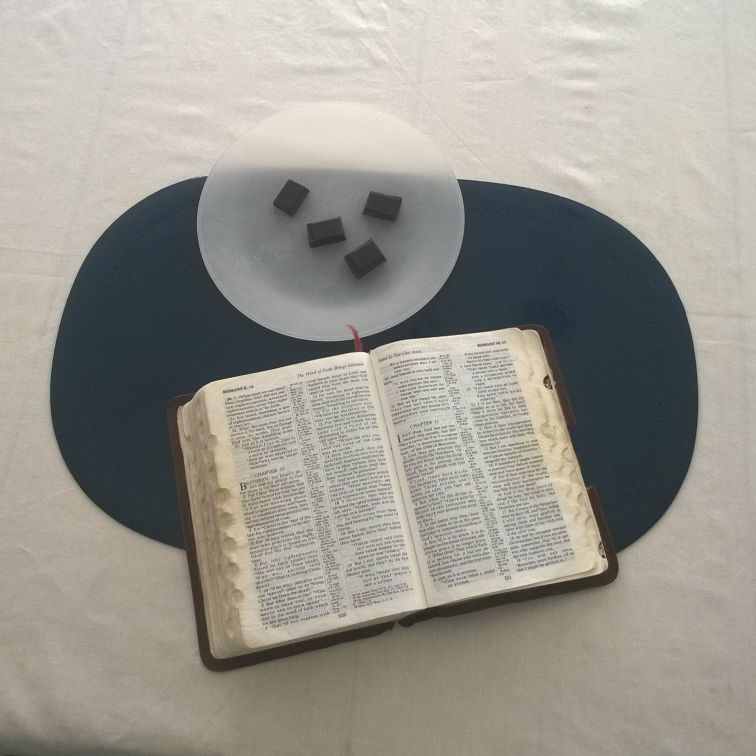 For Moses writes that the man who practices the righteousness which is based on law shall live by that righteousness. But the righteousness based on faith speaks as follows: “Do not say in your heart, ‘Who will ascend into heaven?’ (that is, to bring Christ down), or ‘Who will descend into the abyss?’ (that is, to bring Christ up from the dead).” But what does it say? “The word is near you, in your mouth and in your heart”—that is, the word of faith which we are preaching. (Romans 10:5-8)

The gist seems to be that a person doesn’t have to perform some great feat in order to take hold of the righteousness from faith, just to confess with their mouth and believe with their heart that Jesus Christ is Lord. But I’m not sure how the business about bringing Christ (i.e. the Messiah) down or raising him up pertains to the argument. Is Paul speaking to a particular understanding of the relationship between the Messiah and the Law?

And it gets weirder. Where Paul talks about descending to the abyss, the verse quoted, Deuteronomy 30:13, reads, “Nor is it beyond the sea, that you should say, ‘Who will cross the sea for us to get it for us and make us hear it, that we may observe it?’” In both the original Torah and the Septuagint’s translation, it refers specifically to crossing the sea! Paul is interpreting the sea as referring to the abyss, which sort of makes sense because the sea is massively deep, but he is also interpreting crossing the sea as descending into it (i.e. the abyss)! It is a huge hermeneutical jump: perhaps a merited jump, but a jump nonetheless.

In Luke 8:31-33, as Jesus is casting out a legion of demons from a man, the demons beg Jesus not to cast them out into the abyss, and they eventually settle for being driven out into a herd of pigs which run into the sea. This event may underscore the fact that the sea is not the abyss, but then again, it may not be relevant at all. I dunno, my Bible had a cross-reference to Luke 8:31 with no explanation. I’m just tryin’ to figure stuff out here.

I picked up some new chocolate at the grocery store over the weekend! Today we’ve got Equal Exchange’s Panama Extra Dark Chocolate. Let’s get a closer look at that wrapper: 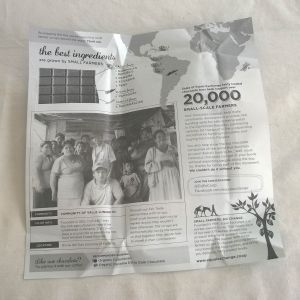 It’s fair-trade and organic, and I can attest from experience that it’s also crazy delicious. The wrapper states:

Our rich chocolate is crafted using only the purest ingredients, grown with care by small farmer co-ops. At Equal Exchange, we source from small farmer organizations because we believe they are the heart and soul of the Fair Trade movement.