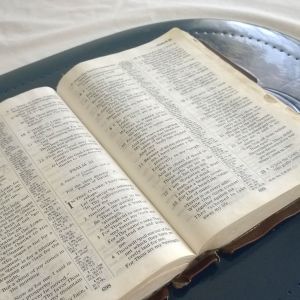 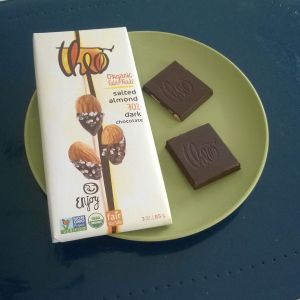 Psalm 31 is basically a praise sandwich. Are you familiar with compliment sandwiches? When you have to give a critique, you can deliver a compliment before and after your criticism. The compliments make it more likely that your criticism will be well-received and actually help the person improve. Similarly, David comes to God with a request, but not before he praises God first, and he follows up the request with more praise. It’s a praise sandwich.

But the purpose of a praise sandwich isn’t to butter God up so that he’ll grant your request. I believe it’s to put you in the right frame of mind. David is once again under pressure, with evil men threatening to take his life. And look at the words he uses to describe God: rock of strength, stronghold, fortress (vv.2-3). These are all powerful, solid sources of protection. These compliments aren’t a case of “I love you, Daddy, can I have a cookie?” When David praises God for who he is, he reminds himself that God is actually capable of rescuing him. And if he didn’t think his God could pull through in the clutch, why would he bother asking his God for help?

In both the praise and petition segments of his psalm, David gives as much concern to shame and disgrace as he does to his physical safety. He complains, “Because of all my adversaries, I have become a reproach…Those who see me in the street flee from me” (11). His esteem has fallen in the eyes of others because of his enemies’ attacks. Moreover, death threatens not only to take away his life, but others’ remembrance of him; he tells God, “I am forgotten as a dead man, out of mind” (12). He asks not to be put to shame, presumably because if his enemies overcome him, they’re not just taking his life. They’re showing everyone that the Lord either doesn’t or can’t come to the rescue of those who worship him.

The passage reminds me of Hebrews 11:6: “Without faith it is impossible to please God, for he who comes to God must believe that He exists and that He is a rewarder of those who seek Him.” You may believe that there is a real, omnipotent creator the universe, but if you don’t have faith that he’ll be good to you, why even ask him for anything? And in the end, though the psalm never explicitly states whether David is out of the woods, he still worships God for his goodness in preserving those who take refuge in him.

Over the weekend I picked up a bar of Theo’s salted almond dark chocolate. I’m not normally a fan of salted chocolate, and just about the only foreign materials I’ll allow in my chocolate are coffee and mint. But I actually like this one! I love almonds, and here they create a kind of flavor bridge between the salt and the dark chocolate. It’s fair-trade, of course. And it’s vegan and gluten-free, for all you new age retro hippies and/or people with dietary restrictions demanded by conditions such as celiac disease.

2 thoughts on “Psalm 31 – Between the Rock and Hard Praise”