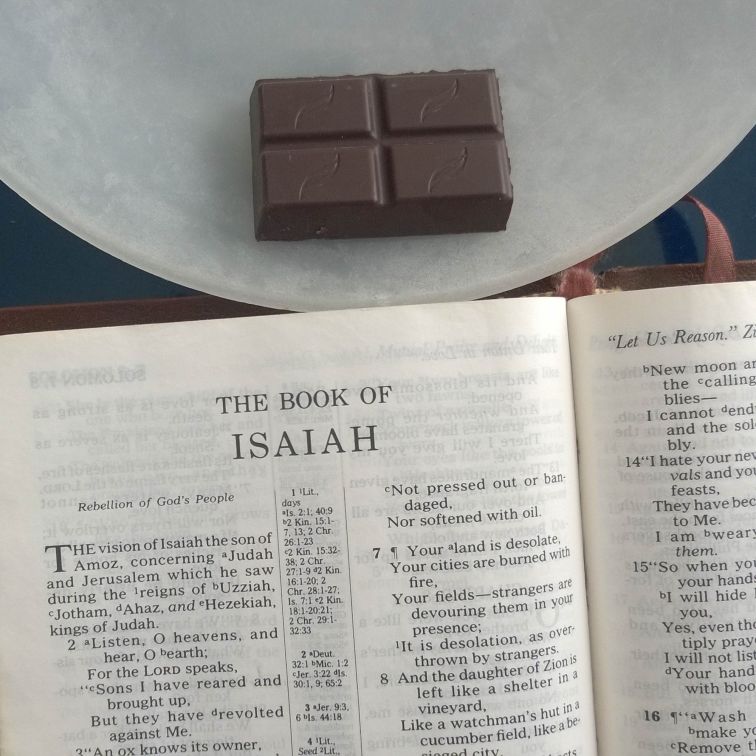 I often go into the background of the Biblical passages I’m reading, but you don’t need to break out a six-volume history of the ancient Near East to get something out of the Bible. In a matter of lines, Isaiah sets the tone for the message he’s delivering from God to Israel: “Sons I have reared and brought up, but they have revolted against Me” (1:2). You don’t need to know a thing about Uzziah, Jotham, Ahaz and Hezekiah; Isaiah tells you all you need to know. They’re kings of Judah, and Judah is a nation of rebellious sons.

Isaiah employs metaphor after metaphor and simile after simile to flesh out the picture of Israel’s rebellion. They’re described as sons in revolt against their father (vv.2-4), an infirm and bruised body (5-6), a shelter in a vineyard, a watchman’s hut in a cucumber field, a besieged city (8), Sodom and Gomorrah (9-10), bloodstained religious hypocrites (15-18), a whore (21), a dying tree and an unwatered garden that burns up with a single spark (29-31). If any one of these doesn’t get the point across, just keep reading, and you’re bound to hit a picture that drives home Israel’s rebellion for you. I don’t know what a watchman’s hut in a cucumber field is meant to convey, but I can easily picture a priest with blood staining his hands and robes, carrying on the liturgy like nothing’s wrong. Sometimes I feel like that in church.

Even though he comes out the gates with God’s message of wrath, Isaiah at the outset also offers hope. God offers to cleanse the metaphorical priests’ robes from the blood of their evil: “Though your sins are as scarlet, they will be as white as snow” (1:18). He gives a second chance for those who repent:

Zion will be redeemed with justice
And her repentant ones with righteousness.
But transgressors and sinners will be crushed together,
And those who forsake the Lord will come to an end.

At times I hesitate to conclude too quickly that a Bible passage is about me. Isaiah delivered his message first and foremost to a Jewish nation in rebellion against its God, not to some 21st-century blogging cartoonist tacking away at his keyboard and eating chocolate. But to the extent that we have also abandoned God’s direction and rebelled against his commandments, we can identify with Israel. We, too, might accurately be described as sons in revolt, broken bodies on sickbeds, prostitutes, deadwood and brush fires. And in spite of our sins, we, too, can repent and accept God’s offer of forgiveness.

2 thoughts on “Isaiah 1 – Torrent of Metaphors”