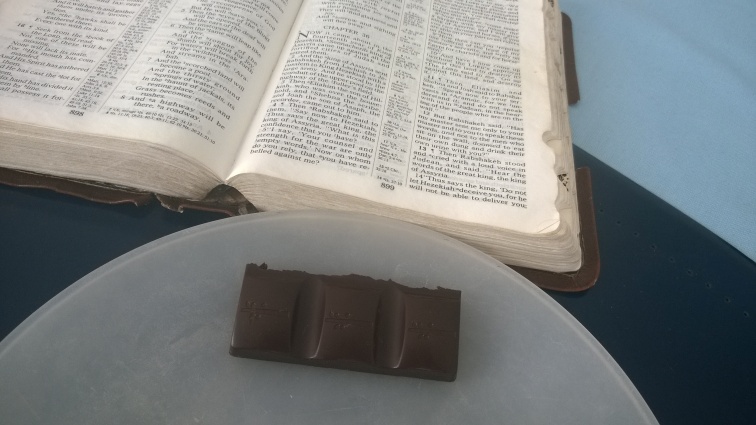 We’re back to the narrative in today’s chapter. After so much prophecy, it took me a moment to get back into reading a passage with actual individual people in it. Here’s a quick lowdown of the characters on the scene:

As the narrative opens, Sennacherib launches a military campaign against Judah, quickly seizing its fortified cities. Then, Isaiah reports, “[T]he king of Assyria sent Rabshakeh from Lachish to Jerusalem to King Hezekiah with a large army” (36:2). When Eliakim and his crew go out to meet him, Rabshakeh threatens and taunts the entire kingdom, proposing a deal to secure Judah’s compliance. Rabshakeh mocks the uselessness of the alliance with Egypt, and even questions the utility of relying on the God of Israel, YHWH. “Have I now come up without the Lord’s approval against this land to destroy it?” he asks. “The Lord said to me, ‘Go up against this land and destroy it’” (36:10). He asserts that he himself, not Judah, has God’s will on his side, and that he has divine authorization for his attack on Judah.

Eliakim and his crew ask Rabshakeh to speak to them in Aramaic, not Judean, hoping that the people up on the city wall won’t hear and understand his threats. But Rabshakeh tells them, in so many words, that his message is for everyone in Judah, “doomed to eat their own dung and drink their own urine with you” (36:12). Stone cold, Rabshakeh! It’s a bleak picture of Judah’s odds of enduring the Assyrian siege.

Rabshakeh then yells up to the people on the wall and tells them to accept Assyrian rule as inevitable. Specifically, he commands them, “Beware that Hezekiah does not mislead you, saying, ‘The Lord will deliver us'” (36:18). Of the nations Assyria’s conquered, none of their gods have come to their rescue; none of them were protected, none of them have been liberated. Rabshakeh doesn’t bring up YHWH’s power at all; whether or not God can deliver his people doesn’t matter for his message. His message is that God won’t. And isn’t this what Isaiah has been saying all along? That if Judah allies with Egypt, God won’t spare them from the sword? When Rabshakeh says that God himself commanded him to march against Judah, you can’t help but ask if he’s telling the truth.

The chapter ends on a cliffhanger, with Eliakim and company mourning, tearing their clothes, and then reporting Rabshakeh’s threats to King Hezekiah. On Monday, we’ll pick up the story in chapter 37.