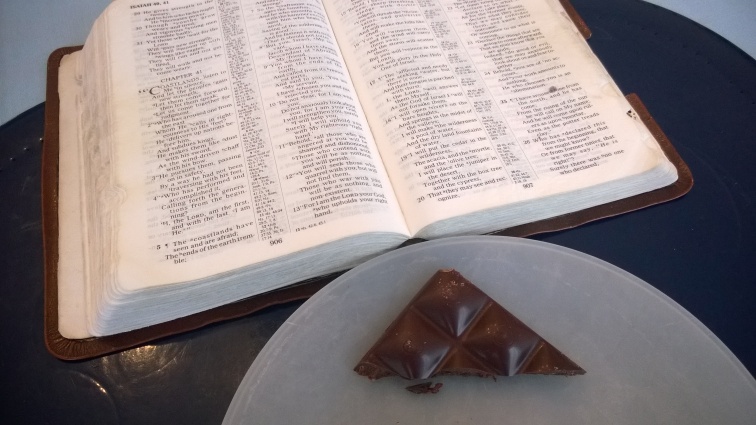 A few verses stood out to me. First of all, in a passage emphasizing Israel’s status as God’s chosen people, whom he will strengthen, we have the following: “‘Do not fear, you worm Jacob, you men of Israel; I will help you,’ declares the Lord” (41:14). Again: some comfort, right? But with the word “worm,” God underscores that the strength that he provides, not Israel’s goodness in itself, is the basis for legitimate hope. God states, “Those who contend with you will be as nothing and will perish” (41:11). Even a worm doesn’t need to fear its enemies when they have ceased to exist.

Continuing a theme we’ve seen before, God pledges to bring water and prosperity to the desert. He says:

The afflicted and needy are seeking water, but there is none,
And their tongue is parched with thirst;
I, the Lord, will answer them Myself…
I will open rivers on the bare heights
And springs in the midst of the valleys. (41:17-18)

But while Isaiah 35 emphasized that the water would revitalize the flora of the wastelands, this passage emphasizes the benefits to human beings. God brings water specifically as an answer to their plea for help, and his purpose is to show them his power: “That they may see and recognize…that the hand of the Lord has done this” (41:20).

I’m reminded of Hebrews 11:6: “…[H]e who comes to God must believe that He is and that He is a rewarder of those who seek Him.” To put it another way, what good is it to us if an omnipotent God exists but isn’t also omnibenevolent? In Isaiah 41, God makes a promise to support Israel with his strength and to thwart its enemies.

In case you’re wondering where the Chocolove ginger chocolate went, I gave it to my mom and brother, who are much bigger ginger fans than I. As you can see, I’ve replaced it with a Chocolove coffee crunch bar, in which an Uneven Chocolate Break was detected as soon as I opened up the wrapper.