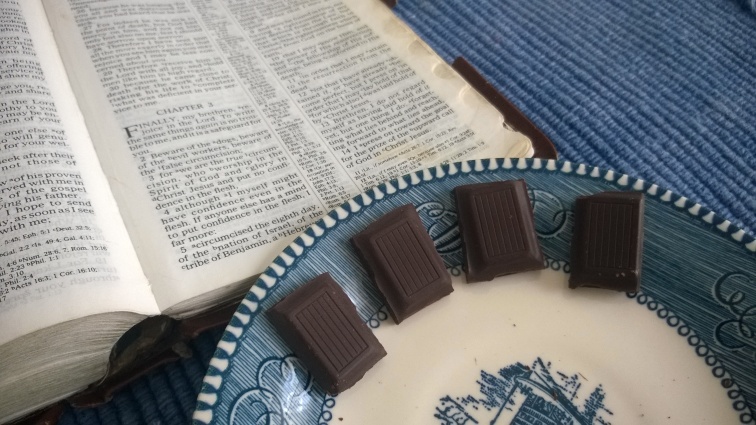 What’s good enough for you? What’s worth committing to?

Paul wrote more than one letter explicitly dealing with legalism, especially first-century Judaism’s Torah-based legalism. And while he doesn’t hit the problem as aggressively in his letter to the Philippian church, it’s still a concern: he warns his readers about “evil workers,” the “false circumcision,” even calling them “dogs” (2). These individuals are committed to adherence to the Law, thinking they can make the grade based on their own works. What’s good enough for them? Being good enough.

But being good enough isn’t good enough for Paul. “If anyone else has a mind to put confidence in the flesh, I far more” (4), he states. As a Jew’s Jew, he’s got credentials in spades, and he launches into a litany, from his circumcision as an infant, to his Israelite pedigree and heritage, to his status as a Pharisee and adherent of the Torah. It’s a list that would impress any Judaizer, but in Paul’s book, it’s not good enough. It’s just a flesh game to him: it’s getting way too fastidious about keeping your body clean, how you behave, what foods you eat, whether you’re circumcised.

Paul’s got his eyes on something bigger. He tells us: “I count all things to be loss in view of the surpassing value of knowing Christ Jesus my Lord…and count them but rubbish so that I may gain Christ” (8). The one thing good enough for Paul is Jesus Christ. Knowing Jesus Christ is freedom from the Law’s death penalty and from your own inadequacy. It’s knowing “the power of His resurrection and the fellowship of His sufferings” (10), having a vital relationship with a risen Savior who Paul wants to pursue continually.

And I could end it there: inspiring words, succinct and potent summary, coda. But odds are fifty to one you’ve heard this spirit-over-flesh stuff before. So as I wrap this post up, I want to draw your attention to one of Paul’s less-cited verses: “For many walk, of whom I often told you, and now tell you even weeping, that they are enemies of the cross of Christ” (18). To some people, Jesus Christ isn’t good enough. They’ve committed themselves to opposing the freedom, forgiveness, and new life that his cross stands for. And these people matter to Paul, to the point that when he thinks of them throwing away the best possible thing as “not good enough,” it makes him weep.