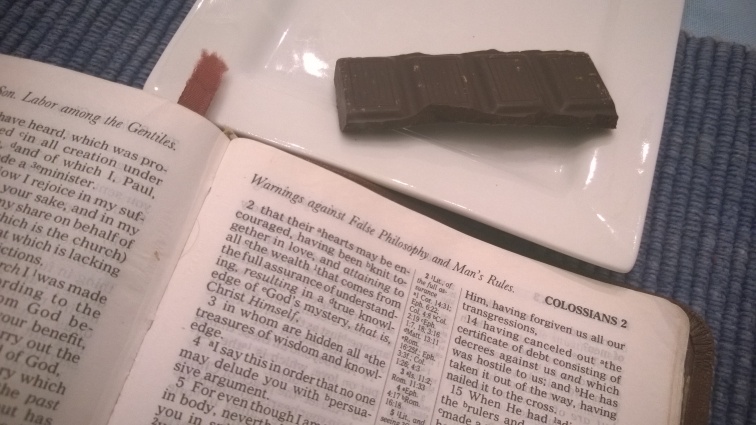 Remember our primer on mysteries in Paul’s writing? How a mystery in the ancient Mediterranean wasn’t something you call in a detective for, but rather a secret teaching revealed to initiates? And how Paul considers the gospel of Jesus Christ a mystery, a hidden knowledge from God into which he wants to initiate, if possible, every single human being? Yes? Okay, good. Because in his letter to the Colossians, Paul’s talking about the mystery of Christ again.

You might have noticed his first mention of it in the previous chapter. He calls the gospel “the mystery which has been hidden from the past ages and generations, but has now been manifested to His saints” (1:26), a moment later identifying the mystery as “Christ in you, the hope of glory” (1:27). The mystery is that the Jewish Messiah, expected to be a conquering king to free God’s people, instead lives in his people and has initiated them into new life through his death and resurrection as God in the flesh. And Paul urges his readers to pursue “a true knowledge of God’s mystery, Christ, in whom are hidden all the treasures of wisdom and knowledge” (2:3-4). He wants everyone to know Christ; he wants everyone to become privy to this secret inner wisdom. He wants “Christ in you” to be a universal reality for each human being.

As Paul elaborates on what exactly “Christ in you” means, Jesus Christ is unsurprisingly just as much front-and-center here as in the last chapter. Reasserting the Messiah’s divine nature, he states, “For in Him all the fullness of Deity dwells in bodily form” (2:9). And that’s what dwells in us as Christians! Paul explains that if you are in Christ, you:

Remember that the titles “Christ” and “Messiah” have the same meaning: “anointed.” If you’re in the Messiah, it’s like you’ve been anointed too. It’s like God has put the same oil on your head, given you the same perfection as Jesus, made you also a king. And while God is still at work in the process of perfecting us, we enjoy the same position before God as Jesus Christ himself. That’s the mystery, and God’s gone public with it.

There’s a bit at the end too about judgmental elitists insisting on Christians keeping the old Jewish festivals and dietary laws. It seems that Paul’s got to combat the legalists at every turn. Stay free, people. The truth will set you free.

Before I sign off for the weekend, I’d like to say a word about today’s chocolate. The “fair trade” label certifies that the farmers who grew the cacao for the chocolate were paid a fair price for it, but not all fair-trade chocolates are created equal. Companies like Equal Exchange and Madécasse go the extra mile and get more closely involved in their supply chains to ensure that people and communities are benefiting at every step of the process. Equal Exchange may be one of the more expensive slavery-free chocolates on the market, but it works with co-ops and small farmers to push toward economically and environmentally sustainable chocolate, and that’s worth paying more for.

And frankly, even among delicious chocolates, it’s really flippin’ delicious. They have the crunchiest mint!