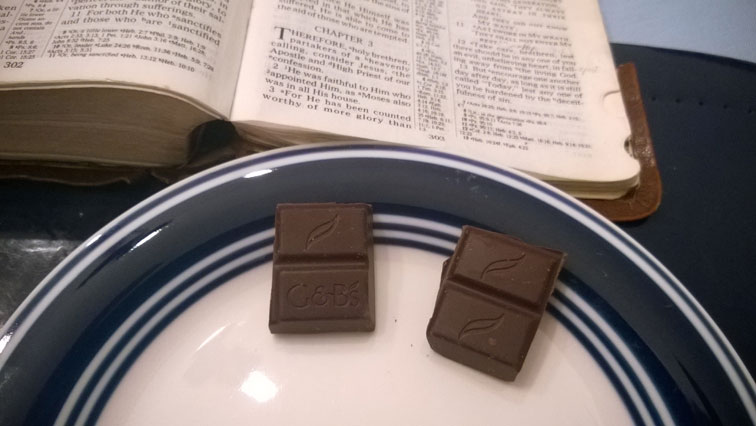 These truths might seem obvious to us, but the author sees a need to point them out. And we don’t normally consider it necessary to point out that, for instance, the earth is round–unless people are going around maintaining that it’s flat. We can infer that some Jewish converts were giving undue attention and reverence to angels, perhaps even worshipping them, and moreover that others were considering Moses more foundational to their faith than Jesus Christ. We see this attitude among some Jews in John’s gospels, whom Jesus tells, “For if you believed Moses, you would believe Me, for he wrote about Me” (John 5:46). Elsewhere, they accuse a blind man that Jesus healed: “You are His disciple, but we are disciples of Moses. We know that God has spoken to Moses, but as for this man, we do not know where He is from” (John 9:28-29). Moses had a seat of honor and authority that, even after Jesus’ death and resurrection, some were denying to Jesus.

So, our Hebrew writer sets out to correct the misconception. He explains: “For [Jesus] has been counted worthy of more glory than Moses, by just so much as the builder of the house has more honor than the house. For every house is built by someone, but the builder of all things is God” (3:3-4). Jesus Christ, he argues, is no mere servant in the house of God, but its actual builder, while Moses merely served in it. But since God built the house, and the builder of the house is Jesus, then by the transitive property, wouldn’t Jesus have to be God? It’s not a claim that the author comes out and beats us over the head with, but the implication is there. Called by God, Moses was faithful as a leader in the Jewish faith, and he held fast to the truth that God had revealed to him. But Jesus was faithful as God’s firstborn Son, the heir of the house and the agent of its construction.

But the author of Hebrews isn’t merely concerned with people worshipping angels and putting Moses on a pedestal. We’ve already seen his concern that his readers will “drift away from [the gospel]” or “neglect so great a salvation” (2:1-2). In the same vein, he warns his readers, “Take care, brethren, that there not be in any one of you an evil, unbelieving heart that falls away from the living God” (3:12), and there are similar admonitions to hold fast to the faith in verses 6 and 14. We have just as much potential to stray from God as the Israelites did in the desert, or as Moses himself did when he deviated from God’s commands and struck the rock at Meribah to get water out of it, rather than speaking to it as God instructed (Numbers 20:2-13). Jesus himself tells us, “No one can serve two masters” (Matthew 6:24), and if we revere angels over Jesus Christ or give Moses and the Torah a greater place of honor in our lives than him, we risk worshipping those things and denying Jesus Christ the reverence he merits. We lose out on what God has in store for the people of his house, co-heirs with Christ.

You probably aren’t running around worshipping angels or Moses. But at the end of the day, what gets your allegiance? Is it Jesus Christ or some other inferior thing? Don’t lose sight of what Jesus called you to. Hold fast to your confidence in him, all the way in.