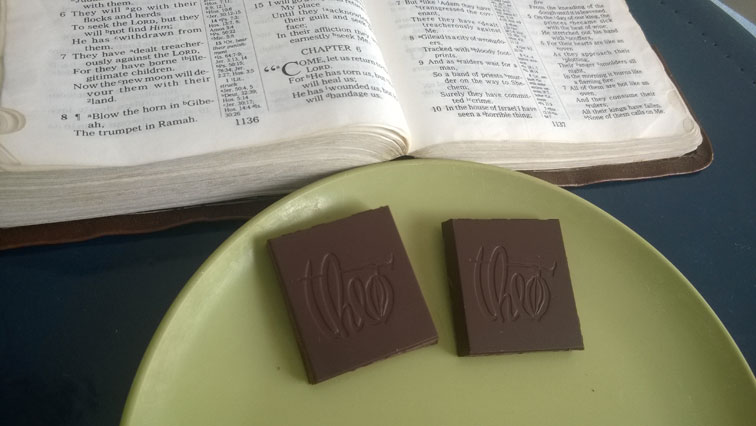 Yesterday I posed some questions. Today God answers them. The previous chapter featured a simile in which God, as a lion, tore Israel to pieces as a consequence of their sin. I asked: does God intend to punish the people of Israel, to discipline them, or to rehabilitate them? And here in Hosea 6, God gives his answer: yes.

The chapter picks up right where the last one left off with the wound metaphors. Hosea encourages the people: “Come, let us return to the Lord. For He has torn us, but He will heal us; He has wounded us, but He will bandage us” (1). The lion simile isn’t the one I would have chosen–I would have gone with a surgeon making incisions to operate and heal–but it turns out the lion knows first aid. And I’ll reiterate that the wounds were merited. The Israelites invited punishment when they left God and made idols and pagan nations their bedfellows. The wounds are just, and the bandaging is God’s mercy.

As he speaks of Israel’s healing and restoration, Hosea drops a verse that could hardly be a more overt reference to Jesus Christ’s resurrection. He writes, “[God] will revive us after two days; He will raise us up on the third day, that we may live before Him” (2). Centuries before Christ died on the cross, Hosea prophesied that God would raise his people up on the third day, so that they could live before him. With the benefit of hindsight, we now know that we experience that new life by identifying with Christ in his death and resurrection, through faith, but there it is in Hosea, three days and all. There’s the mercy.

But back to the matter of justice. In my view, it’s vital that the people of Israel actually deserve their punishment. Otherwise, God is unjust to punish them. As I see it, that’s one reason Hosea, speaking for God, reiterates Israel’s culpability: “For I delight in loyalty rather than sacrifice, and in the knowledge of God rather than burnt offerings. But like Adam they have transgressed the covenant; there they have dealt treacherously against Me” (6-7). They’ve broken the pact, just as Adam broke the pact not to eat from the forbidden tree, and their sin carries not just relational repercussions, but juridical consequences.

God wants his people to do more than just sin and try to cover it with guilt offerings, and he wants more than gifts of sacrificed bulls while his people do violence. Hosea indicts the religious among his countrymen: “And as raiders wait for a man, so a band of priests murder on the way to Shechem; surely they have committed crime” (9). There’s something deeply wrong when priests are roaming the land like bandits and marauders. We’re not looking at some ostensibly innocuous sin, a misdeed equivalent to a child yelling at her parent, “I hate you!” Even the apparently devout are committing violence against their fellow human beings, bearers of the divine image, simultaneously wronging both their countrymen and Creator. This is murder.

To conclude, I want to step back from my usual exegetical approach and take a look at the bigger picture of justice. I know that at least one of Chocolate Book’s readers doesn’t believe free will God gets off the hook for allowing evil in the universe, and I know that another of Chocolate Book’s readers doesn’t believe God has given us free will. But passages like the last few chapters of Hosea only make sense to me in the context of a God who gives humans the freedom to make their own moral choices–freely deciding what moral law they’ll obey, what normative propositions will constrain them. Otherwise, under strict determinism, we have a God who creates a universe entirely ordered by causal laws, also creates moral laws, creates beings that will be compelled by the causal laws to break the moral laws, and then punishes these beings for breaking the moral laws that they were compelled to break. And to be frank, what kind of a jacked-up God is that?

Not, I think, the kind of God who exists–and not a fair God either.

I, who am by the Bible perennially reminded of video games, recall a line spoken by the inventor Lucca in Chrono Trigger: “Machines aren’t capable of evil. Humans make them that way.” Making robots that are programmed to harm and commit violence is the province of humanity. And if God destined humanity to commit evil, and if it’s good for God to destine humanity to commit evil, then he’s going to have to compel me to believe these things, because truth be told, I ain’t seein’ it.