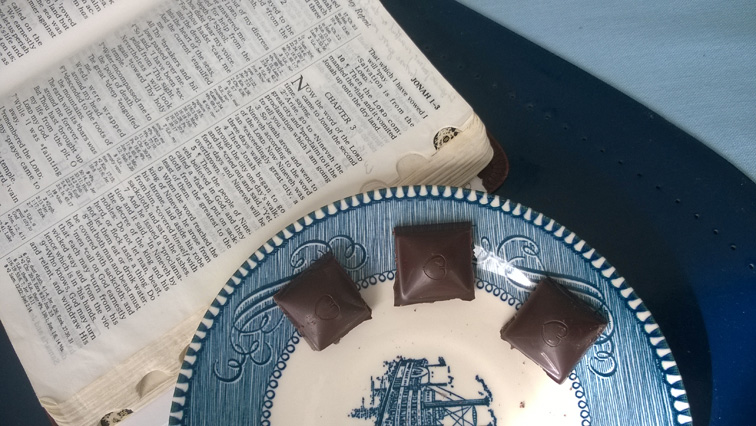 You don’t have to ask me twice, as the saying goes. Unless you’re God, and I’m Jonah, and what you’re asking me is to go to Nineveh and deliver your message to them. But after the whole incident with the disobedience and the sea storm and the huge fish, when God tells Jonah it’s time to give Nineveh the prophetic business, Jonah doesn’t have to be told a third time. He gets up and goes.

I’ll tell you who doesn’t need to be told twice, though: the Ninevites. No sooner do they hear God’s message of judgment than they start lamenting and fasting and putting on the ancient world’s funeral blacks, the sackcloth. The narrative reports they even “believed in God” (5), which I take to mean that they believed God’s message and responded to it. And when word reaches the king, he makes it official:

In Nineveh by the decree of the king and his nobles: Do not let man, beast, herd, or flock taste a thing. Do not let them eat or drink water. But both man and beast must be covered with sackcloth; and let men call on God earnestly that each may turn from his wicked way and from the violence which is in his hands. Who knows, God may turn and relent and withdraw His burning anger so that we will not perish. (7-9)

When my sophomore seminar covered Jonah in college, we had a lengthy discussion on whether, in sparing Nineveh from judgment, God had changed his mind or gone back on what he said. We pored over God’s, Jonah’s, and the king’s exact words, determined to determine whether or not God intended to recompense a repentant Nineveh with his mercy from the outset. I’ll spare you a rehash of our meticulous textual investigations, but I think the king of Nineveh makes a reasonable inference given God’s message.

Clearly God has conveyed through Jonah that he intends to judge Nineveh for its pervasive evil. So, the king of Nineveh reasons: if God is going to drop the hammer on us because we’re doing this thing, then maybe if we don’t do this thing, God won’t drop the hammer on us. Don’t give God the motivation to take punitive action. And it’s not an insincere attempt at manipulation, either. The populace is authentically acknowledging their sin and turning from it.

In an interesting way, though, God’s prophetic word still comes to pass. As he preaches, Jonah’s core thesis is “Yet forty days and Nineveh will be overthrown” (4). And sure enough, the Hebrew verb for “to be overthrown” means “to be overthrown.” It’s not to get wrecked, decimated, destroyed, or overpowered; it’s simply to get turned from one direction to another. And given that divine doom on the horizon drives the citizens to repent, isn’t that exactly what happens to Nineveh?

Mission accomplished, Jonah. And there we’d have a happy ending with a nice tidy bow on it, but we’re not quite done with the Very Worst Prophet.