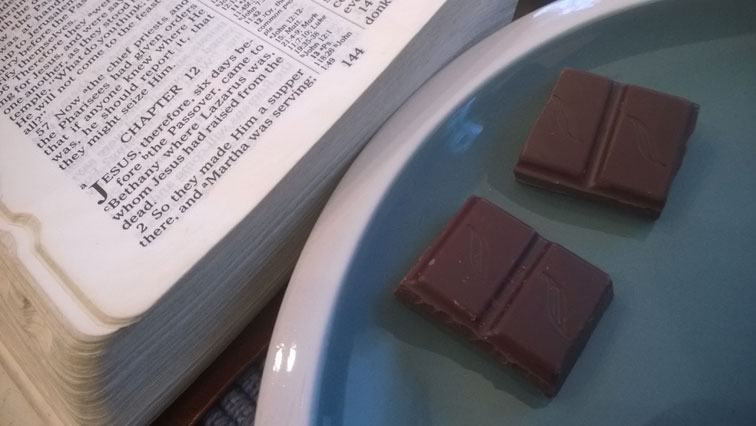 I could talk some more about Lazarus today, along with his sisters. They show up in this chapter. But I only have so much time and space to talk about the chapter, and it seems there are bigger things going on here. In any of the gospels, when you come to Jesus’ triumphal entry into Jerusalem, you know you’re entering the endgame.

Jesus is staring death in the face, and he knows it. He openly admits before a crowd in Jerusalem: “Now My soul has become troubled; and what shall I say, ‘Father, save Me from this hour?’” (27). And it’s the most frustrating thing, but I can’t stop thinking about Linkin Park’s song “Heavy,” and that repeated line: “Why is everything so heavy?” The song was the last single Linkin Park would release before lead singer Chester Bennington committed suicide in July of 2017. And it’s a song about internal mental strain, anxiety, and depression, more internally focused, while Jesus’ soul is agitated over his enemies’ hostility and the fact that he’s just entered the gates of their home city. And in mentioning the song, by no means am I trying to paint Bennington as a Christ figure or compare his death to Christ’s sacrifice on the cross. But sometimes everything is heavy for us, and spending his last week in the shadow of the cross, that was a time that everything was heavy for Jesus.

But Jesus intends to bear the weight. And why? Because he has a purpose. He tells the crowd: “But for this purpose I came to this hour: Father, glorify Your name” (27-28). And it took me a few reads, but I finally noticed that there are some eight versions of the word “glory” or “glorify” in this chapter. The Greek word used here is δόξα, doxa, for which Strong’s Concordance supplies the definition “honor, renown; glory, an especially divine quality, the unspoken manifestation of God, splendor.” It’s closely tied to what we think of things; it even comes from the Greek verb for “to have an opinion.” So when Jesus asks God to glorify his name, the idea is that God will cause his reputation to match his reality. God’s name will be acknowledged as good, even as his nature is good.

And Jesus knows that the vehicle by which God the Father will glorify his name is by sacrificing his Son on the cross. And that might seem insane to some of us, that at the end of the day all of this is about God’s reputation, that God would demonstrate his goodness through the execution of a man who did absolutely nothing wrong. But for Jesus Christ, that’s just the motivation he needs to walk the path before him. That’s the purpose behind his willingness to suffer.

2 thoughts on “John 12 – Jesus Christ, Chester Bennington, and the Fame at the End of the Tunnel”