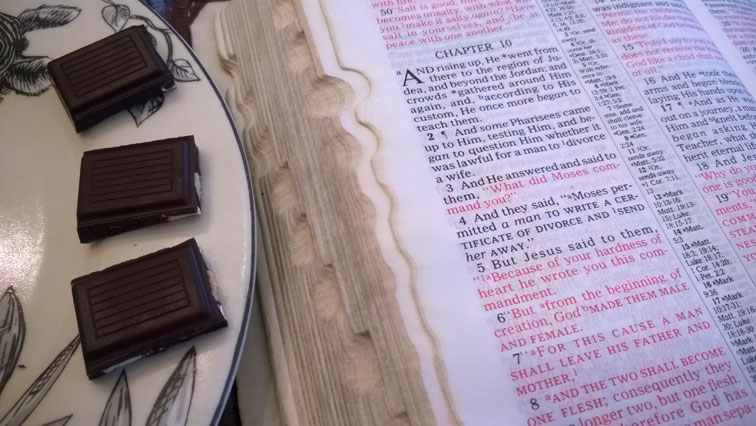 You know Switchfoot’s song “The Loser?” Of course you do. You’re no Johnny-come-lately Switchfoot fan, familiar only with their work from The Beautiful Letdown on. You’re a person of taste who has been there since Legend of Chin and appreciates the whole spectrum of Switchfoot’s corpus.

So of course you remember the first lines of “The Loser”: “Only the losers win; they’ve got nothing to prove. They’ll leave the world with nothing to lose.” Throughout the song, frontman Jon Foreman never once mentions Jesus or God even implicitly, but savvy listeners such as yourself understand that he’s banking on his loser status precisely because he believes in a God who loves the losers. And you’ll realize that those opening lines, along with the rest of the song, reflect Jesus’ own well-known teaching: “The last shall be first, and the first shall be last.”

Today’s chapter isn’t the first place where Mark’s gospel presents the saying; it showed up in Mark 9 yesterday, but we were too busy lamenting the weakness of our faith to comment on it. Here in Mark 10, Jesus expresses the same idea twice more, with different wording and context each time. First, when Peter is commenting on the sacrifices the disciples have made to follow Jesus, the Messiah assures him that his investment won’t be in vain, concluding: “But many who are first will be last, and the last, first” (31). Then, when James and John attempt to secure privileged positions in the kingdom and the other disciples start resenting their presumption, Jesus tells the group, “Whoever wishes to become great among you shall be your servant; and whoever wishes to be first among you shall be slave of all” (43-44). The first time around, he’s reminding Peter that commitment to Christ won’t be easy and reaffirming that it’ll be worth it. The second time, he’s reprimanding the disciples for jockeying for position just like the world around them, preoccupied only with possessions and power.

And all this wouldn’t amount to anything if Jesus Christ didn’t put his money where his mouth is. If he’d encouraged his disciples to serve and submit while he used their bent backs as stepping stools to lift himself higher, he wouldn’t have sold the saying for a second. And he knows it. “For even the Son of Man did not come to be served, but to serve, and to give His life a ransom for many” (45), he tells the disciples, obliquely calling their attention to his own embodiment of the principle and foreshadowing his own sacrificial death. Jesus isn’t playing games when it comes to exhibiting greatness through humility; he’s playing ball.

I can’t help feeling like I lost sight of that principle, though. I try not to get too real here on Chocolate Book, but over the past few years, as I’ve worked a blue-collar day job in a warehouse, I’ve come to feel a sense of shame that’s at times overwhelming. Back in high school, I was a smart white male kid pulling down solid As and Bs, headed off to college, on the track to success! What went wrong?

But God has led me to this point for a reason. Make no mistake, I’m not automatically one of those losers who win because I’m underemployed. And it’s not as if I can deliberately flush my life down the proverbial toilet and expect Jesus to applaud my garbage decisions. But I’m here on this journey to emulate Jesus Christ, and when I go into work, I can make the choice to do what will benefit my co-workers, the company’s customers, and others around me, even when it means sacrificing my own interests. I can make it a point to put myself last.

And that arrangement, as Jesus points out, is only temporary. The lowest point of his own life only lasted from Friday night to Sunday morning, and death and the gutter don’t have to have the last word. The last won’t always be last. Eventually, God willing, they’ll be first.